I was talking to an Iranian refugee friend, and he told me his story:

“When I was young university student I fell in love with a girl who went to high school near me. We were not allowed to speak because my country is a Muslim country and we can’t speak with girls before marriage. But every time I saw her on the street, she smiled at me.

“One day I approached her and asked her about her family. She told me and asked about mine. We were both very nervous and kept looking around to see if anybody had seen us talking together. 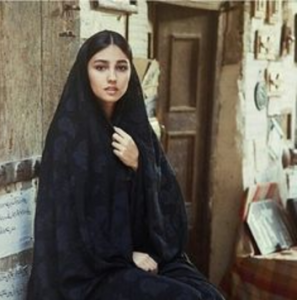 “Later I asked my mother if she knew the family, and she wanted to know if I loved this girl. I was very shy, but I confessed that I did. I was 18 years old. My mother then spoke to the girl’s family of my interest in marriage, and they told her they wanted to think about it. Her name was Mahnaz.

“I kept seeing her shopping in the street and desperately wanted to speak to her more, but it was too dangerous for us.

“A few weeks later, my mother told me that the family had promised Mahnaz to another. A rich man. Her father had insisted on it. I locked myself in my room for a week and cried.

“My mother said I would find another girl, but I knew I wouldn’t.

“A few months after Mahnaz’s marriage we heard that she had been beaten by her husband and was in a coma in hospital. I was crushed.

“That was 18 years ago, and Mahnaz now lies in bed all day, tended by her mother. Her husband divorced her. She is in my mind always, and I will love her forever.”